Do you know that feeling of emptiness you feel when you’ve lost something you’ve invested so much time in? You decide to be committed and give up so much of yourself. Then one day it all ends, so abruptly. They just take everything that was built and destroy it, basically telling you that it was all a lie. You realize that what happened from day one until this point meant nothing. Day after day you were more and more committed to this world that you thought was reality when in actuality you were being played. The fact that you would stay up night after night trying to figure out what was going on never mattered because in the end it was all fake.

You’ve been lied to, deceived, manipulated and strung along for 6 entire seasons. Because the entire time they were all dead and the smoke monster wasn’t real. They crash landed then there was a polar bear, 6 numbers, a underground layer, The Others, the past then the future then the past again, Michelle Rodriguez, Nestor Carbonell who never aged….

No I wasn’t talking about an ex and yes I’m definitely talking about “Lost” the TV show. I watched 6 entire seasons of that show in 3 months. Almost had a heart a attack and gave myself headaches trying to figure out what on earth was going on with these people. And the last episode came and you find out that all this time they’ve all been dead. Nothing mattered. Nothing actually happened. The entire show was a lie. And  you’re all like “What, how, but…I don’t get it. Is this really over? This can’t be over.”

But it was. It was all over and I felt empty and like someone just pulled out my heart and threw it at the TV screen. I was having a conversation with my coworkers about how “heartbroken” I was about the whole thing. It reminded me of a bad breakup or a major disappointment. I get why some people loved the ending. They felt it was perfect. I don’t think it was. I felt like they didn’t have anymore material and didn’t know how to end it so they just thought “Let’s just say they’ve been dead the entire time.” Well you know what J.J. Abrams, that wasn’t good enough for me. They were in purgatory? Nope, try again.

So this is my rant. This is how I feel about “Lost”. The title of the show actually meant that the audience would be lost while watching it. Because if the title was actually about the characters, and not the audience, it would be named “Dead, The Entire Time”. I know it’s irrelevant now because the show ended a very long time ago BUT I’m still heartbroken.

So to slowly mend my wounds, here’s a photo of Sawyer to make me feel better 🙂 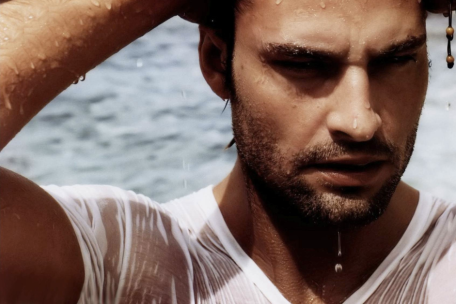